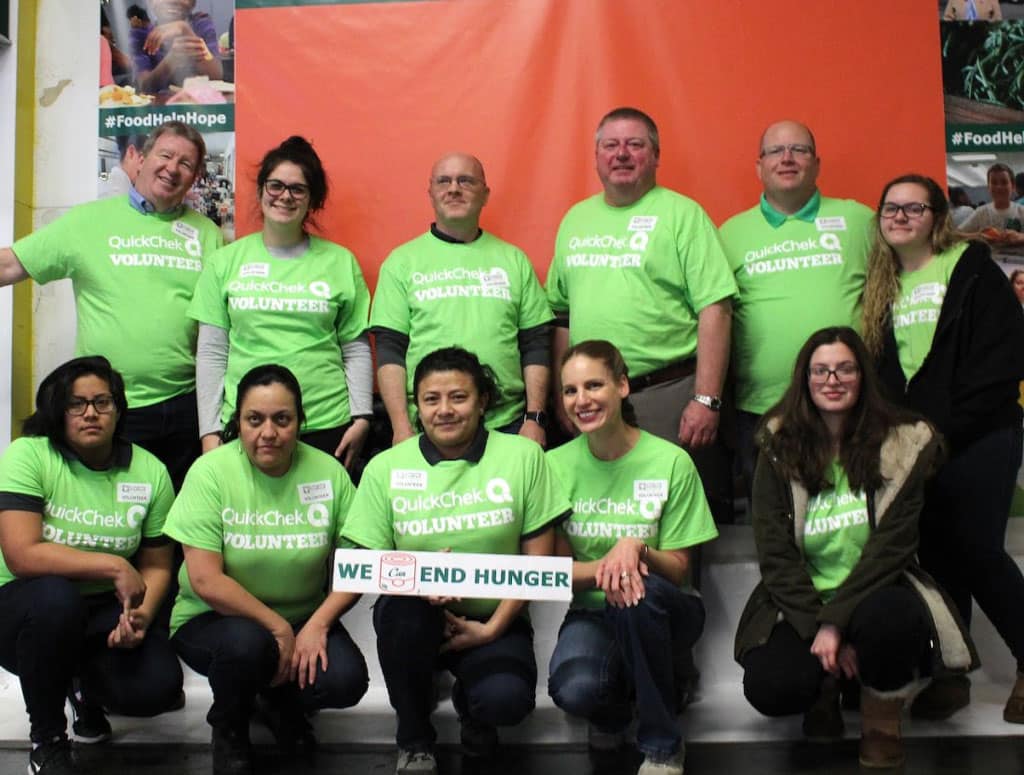 WHITEHOUSE STATION, NJ — Committed to taking its ability to feed people to the store level and beyond, QuickChek team members continue to aid thousands of families in need.

The Whitehouse Station, NJ-based fresh convenience market chain recent fundraising for the annual holiday Check-Out Hunger campaign increased the company’s total amount raised to $561,000 in the four years it has been a campaign partner. Check-Out Hunger takes place at most major supermarkets and convenience stores throughout the region, benefiting more than 30 Feeding America food banks and affiliates from New England to Florida.

Shoppers at each of QuickChek’s 154 stores throughout New Jersey, New York’s Hudson Valley and Long Island helped feed hungry families in their communities by donating $1, $3 or $5 coupons at store check-out counters during a six-week period that ran through December 16, 2017, providing food, help and hope to those in need.

QuickChek raised $127,500 during the 2017 campaign. All of the money raised benefits those in need during the important Thanksgiving and December holiday season within the counties in which QuickChek operates store locations.

QuickChek’s commitment is year-round. Twenty-four volunteers from the company’s headquarters and various stores were at the Community Food Bank of New Jersey in Hillside in late December, where they sorted and packed frozen meat and entrees. When their shift ended, the QuickChek team had packed 868 pounds of frozen food to be ready for distribution to area residents.

Team members also volunteer throughout the year to box and sort food donations at the Community FoodBank of New Jersey, Fulfill (formerly the Food Bank of Monmouth and Ocean Counties), the Hudson Valley Food Bank and Long Island Cares. These efforts benefit school children in backpacks, kids’ café and summer meals programs as many school-aged children do not have access to food programs outside of the school year.

“Our partnership with the community food banks has been a natural fit and allows us to further embrace and support our local communities where we have store locations by helping our neighbors in their time of need,” said QuickChek CEO Dean Durling, whose family-owned company has been named one of the most generous in the state by New Jersey Monthly magazine.

A leader in the fresh convenience industry with an award-winning fresh food and coffee program, QuickChek was named the 2016 National Convenience Store Chain of the Year in part due to its continued dedication to caring for and giving back to and supporting its communities.

“When we open a store, we look to become part of the fabric of that community,” added Durling. “This goes beyond being the neighborhood shopping destination for our restaurant quality breakfast sandwiches, subs, and fresh coffee or their convenient go-to source for fuel. Our team members look forward to volunteering their time and actively supporting the communities we serve all year round.”