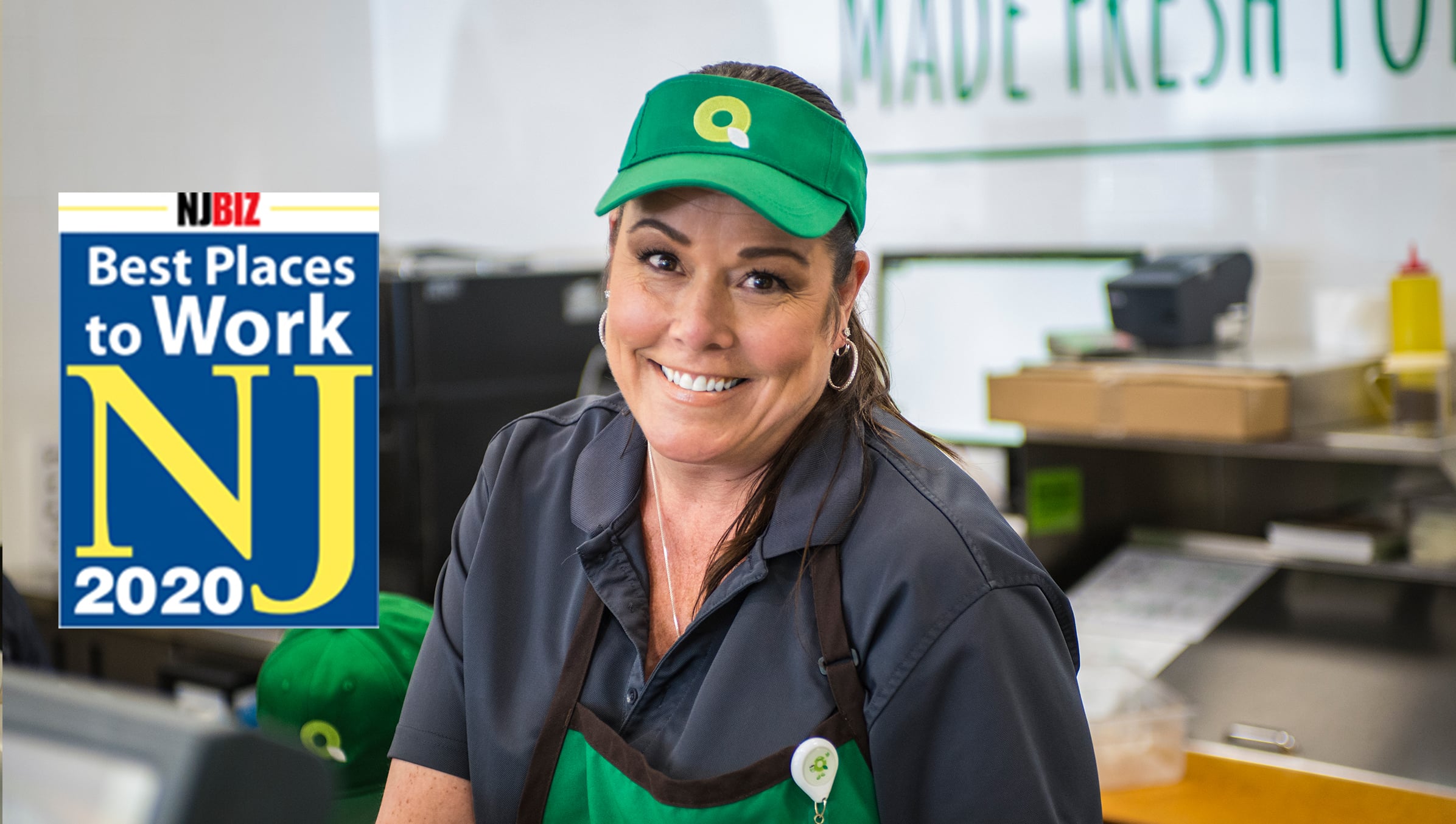 QuickChek Serves Up Season of Thanks To Help Feed Families In Need
Ty Dillon & Petty GMS Look To Get Fresh & Go Fast With QuickChek At The Charlotte Roval
QuickChek Opens Larger, New Look Store in Parlin

WHITEHOUSE STATION, NJ — QuickChek Corporation, a market leader in food service known as much for its commitment to its customers and to its employees as it is known for its fresh brewed coffee and subs, has once again been named one of the “Best Places to Work in New Jersey.”

This marks the 10th time the family-owned fresh convenience market chain has been named to the list compiled by the NJBIZ weekly business journal.

QuickChek was also recently selected as one of the “Best Companies to Work for” in New York State for the eighth year in a row by the New York State Society for Human Resources Management, earning the rare distinction of being named one of the best employers in both New Jersey and New York.

Whitehouse Station, NJ-based QuickChek has also named one of the America’s Best Employers by Forbes.

The “Best Places to Work” and “Best Companies to Work for” lists recognize each state’s top employers who show a dedication to their employees’ growth and quality of life. Employees are surveyed to identify, recognize and honor the best places of employment whose practices benefit each state’s businesses, economy, and workforce.

“As our team members have input into these selections, their continued recognition confirms we remain on the right track,” said QuickChek CEO Dean Durling. “We empower our team members to be successful and be the best they can be. We look to create a positive environment where hard work is rewarded and leadership is cultivated from within. Our mission is to have people who care and be a great place to work and a great place to shop.”

QuickChek continues to invest in its team members. The company’s starting pay has been above the New Jersey and New York state minimums for the past 12 years. Career opportunities abound: all of the company’s district leaders and most of its vice presidents began their careers working in a local store.

Full-time employees are offered a wide variety of affordable health and well care benefits including medical, dental and vision, to life insurance, a 401(k) savings plan, fitness center reimbursement, and even pet insurance.

The privately-held company has been opening eight new stores each year including recent new stores in Eatontown and Bohemia, bringing its store count to 160 locations, including 86 stores with fuel, throughout New Jersey, New York’s Hudson Valley and Long Island.

QuickChek will receive its “Best Place to Work in New Jersey” award on April 21 at The Event Center at iPA in Freehold and its “Best Company to Work for in New York” award on May 5 at the Albany Hilton. For additional information please visit www.quickchek.com.

QuickChek Serves Up Season of Thanks To Help Feed Families In Need
Ty Dillon & Petty GMS Look To Get Fresh & Go Fast With QuickChek At The Charlotte Roval
QuickChek Opens Larger, New Look Store in Parlin